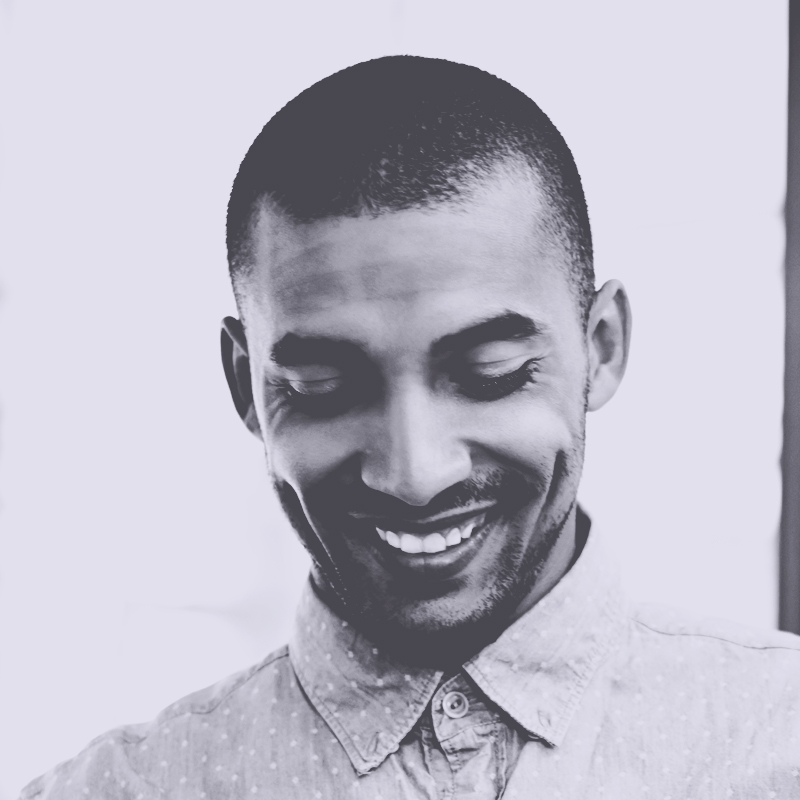 Everything seems to be going better for Matt after six weeks of counselling support. He is getting more recognition at work, he feels happier, many of his spots have gone and he is going out more in the evenings and at weekends when not working.

At work, he took the blame for everything even when not his fault, and he felt guilty and embarrassed if anyone said anything nice to him. He had even stopped going out with many of his ‘friends’ partly because Matt had convinced himself they did not really like him.

Starting the counselling sessions was a definite point in time when he started feeling happier. By contrast, Matt cannot remember any event that started his feeling of low self-esteem. And at the time Matt could not have given a word to what he was going through. His thought patterns gradually developed with time and probably started when he was a teenager.

Matt was not looking for help – why would anyone want to help him? But a well-meaning relative sent Matt a paid for package of counselling sessions for him to book and use. Although the relative would not have known whether he used this or not, Matt felt obliged to give it a try at least once – if only to confirm he was a bad enough person and should not have help.

It was in that first counselling session that Matt heard something good about himself for the first time in years. Over the next few weeks, Matt gradually emerged from the spiral of negativity he had ended up in. He gradually learned to accept positive comments from others and not turn everything into a criticism. Some days were better than others, and Matt really appreciated the support of his counsellor when he went back to thinking bad of himself.

Whether colleagues and friends actually changed their comments to him or not, Matt gradually stopped only hearing the negatives. He said yes to more invites from friends and they seemed to like him more. When he became happier his skin condition improved and most of his spots vanished – an unexpected bonus!

Giving counselling as a gift

A friend or relative can pay for a package of counselling sessions from Mynurva. However, as this counselling is confidential, no information can be passed on regarding when any counselling actually happened or what was discussed. 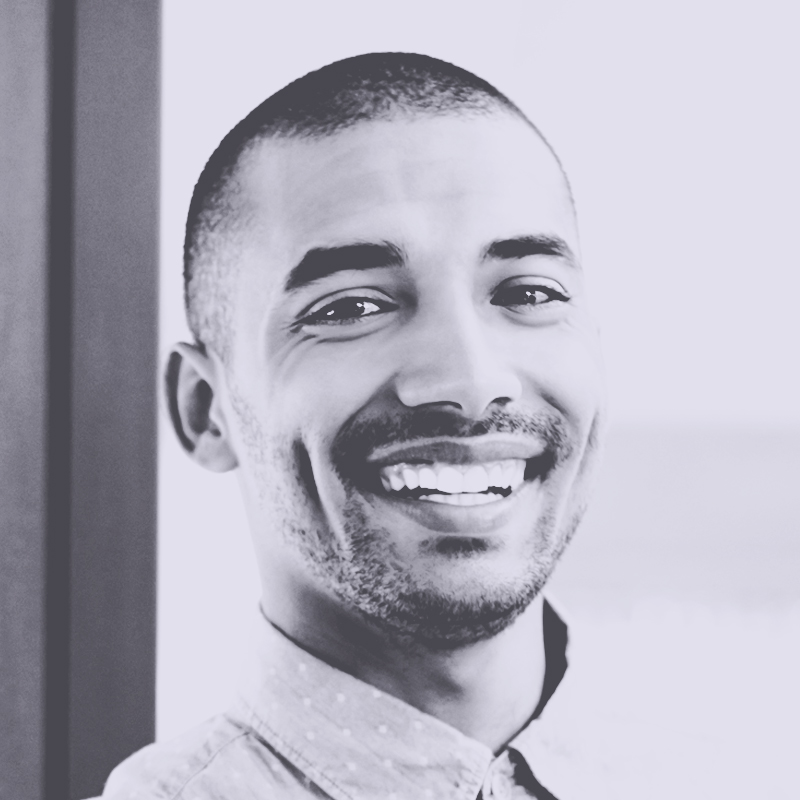 Low self-esteem is when you don’t think you’re good enough and believe other people are better than you. This can prevent you from enjoying life or reaching your full potential. It negatively impacts your life.

Self-esteem can be affected by events such as bullying, losing a job, a divorce or a physical illness – the same things that often cause anxiety, stress and depression, so low self-esteem is often associated with anxiety or depression. 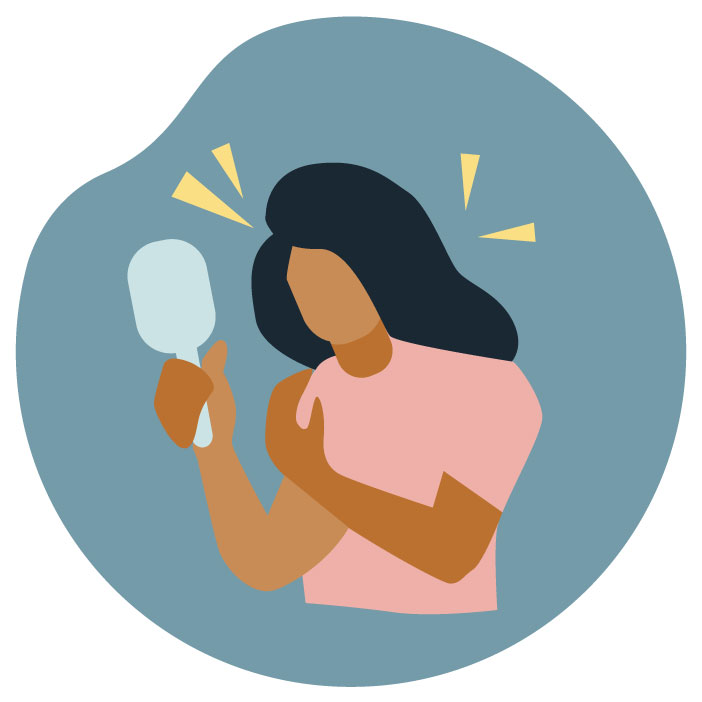 How to tell if you have Low Self-Esteem

Characteristics of people with low self-esteem include:

Unable to identify any personal good points or strengths.

Which isn’t true – but you still think it is.

Fearing it will always be the wrong decision.

For things that aren’t your fault.

When receiving gifts or spending money on yourself. 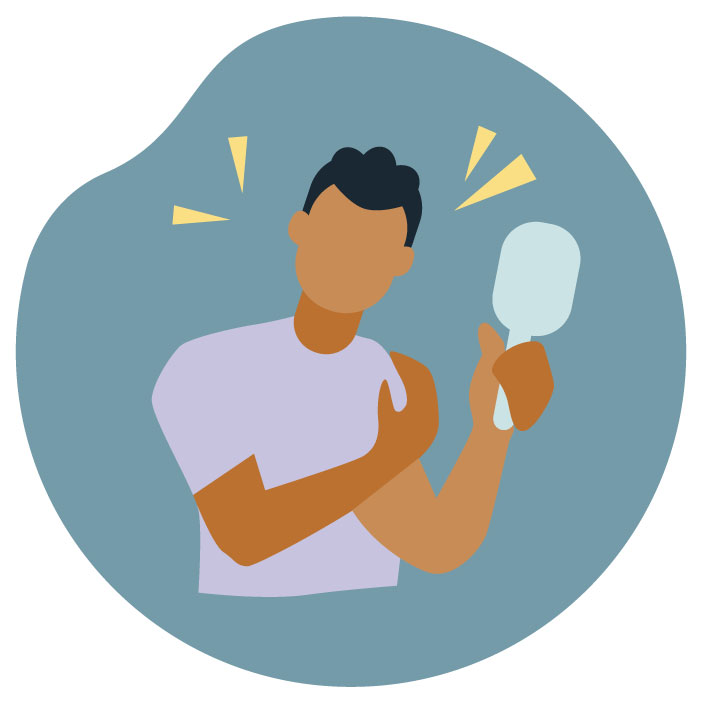 When to reach out…

If, after practising these techniques for a few weeks, you see no improvement you should seek help. Speak to a friend, family member, your GP or a counsellor. A third party will often help you formulate your thoughts and set realistic targets to change the way you think.

Feel better about yourself, with help from Mynurva

There are many self-help techniques you can start with.

Think “would I think the same of someone else?” If not, then don’t about yourself.

This is particularly true on social media – don’t connect with those that criticise others. You can help yourself by connecting with more positive people.

It might be helpful to say and think positive things about yourself, and if this is difficult, write a list you can easily look at.

Learn to say No

Make decisions based on what you want to do. You don’t have to always say “yes” to be liked.

Mynurva can help!
Speak confidentially with a therapist today.